9JAGOSPELBLOG | Africa's No. 1 Gospel Music Platform
Home Blog “It Is Not Right To Say That Islam Is A Terrorist Religion”... 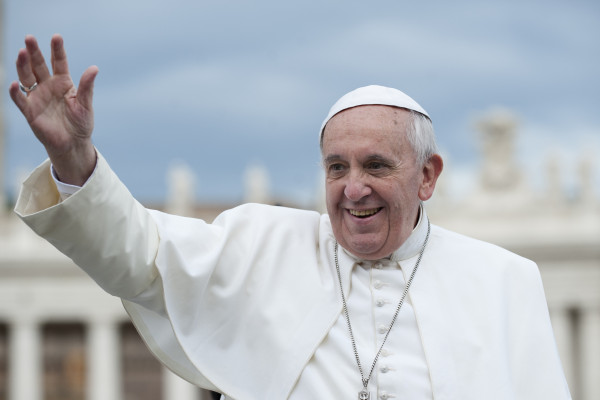 Pope Francis on Monday affirmed that Islam was not a violent religion, saying only a minority of its faithful were fundamentalists. The Vatican City said in a message that the Pope, who spoke on the plane while flying back from Poland to Rome, said that it was not right to identify Islam with violence. “I think it is neither true nor right to say that Islam is a terrorist religion,” he said. The pope was in Poland from Wednesday to Sunday for World Youth Day, a week-long event attended by over a million pilgrims. A day before he left, an elderly Catholic priest was killed in Northern France during Mass, in an attack that the Islamic State claimed responsibility The pontiff noted that “one thing is true, I think that in nearly all religions there is always a small group of fundamentalists, and it is a problem also for Christians. If I had to talk about Muslim violence, I would have to also talk about Catholic violence. Not all Muslims are violent, not all Catholics are violent”. He said that Europeans should reflect on what drove disaffected youth to join the Islamic terror group. According to him, “I ask myself how many young people, whom we Europeans have left empty of ideals, have no jobs and turn to drugs, alcohol or enrol themselves in fundamentalist groups”. .

PROMOTE YOUR TRACKLIKE US ON FACEBOOKFOLLOW US ON TWITTER

Florocka warms up to release fresh music with Sandra Suubi