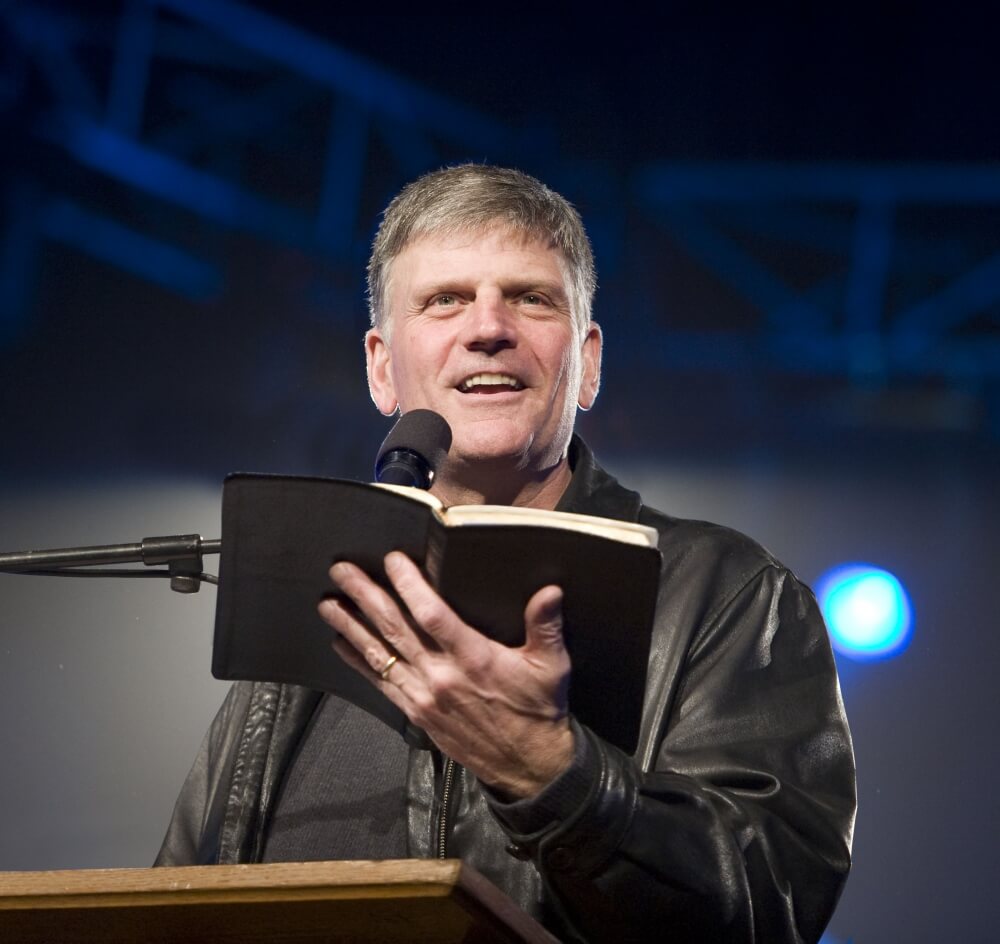 Evangelist Franklin Graham is speaking out against proposed legislation in Pakistan that would give men the right to beat their wives, calling it proof that Islam intends to keep women locked “behind a veil of horror.”

Pakistan’s Express Tribune reported last week that the 20-member Council of Islamic Ideology, a constitutional body that advises the Pakistani legislature about whether laws are compatible with Islam, proposed a bill that would permit husbands to “lightly beat” their wives for defying them.

The bill claims that husbands should be allowed to beat their wives if they reject their demands for sexual intercourse without a religious excuse, refuse to dress up when asked, and if wives do not take a bath after intercorse or menstral periods.

Additionally, the proposal finds that women can be beaten for not wearing a hijab, talking to strangers, giving money to people without talking to their husbands first, and for speaking loud enough that strangers can hear.

In order to instill fear into their wives, the proposal advises husbands that using a “small stick” is necessary, CNN reports

Graham, the president of the Billy Graham Evangelistic Association and Samaritan’s Purse humanitarian organization, took to Facebook on Tuesday to lambast the proposed law.

“The leader of the powerful Council for Islamic Ideology in Pakistan just this week said a husband should be allowed to ‘lightly beat’ his wife,” Graham wrote. “According to them, that is permissible if she defies his commands and refuses to dress up per his desires, does not wear a hijab, interacts with strangers, speaks too loudly, or declines other more personal things. And get this — their proposal says using only a ‘small stick’ is necessary to instill fear.”

“Somehow that’s not very comforting, is it?” Graham added. “Women of the world, Islam wants to put you behind a veil of horror.”

Graham argued that while Islam tries to instill fear into women, Christianity treats women “with dignity and respect.”

“Jesus Christ elevated women, and if you put your faith and trust in Him, He will never let you down,” Graham added.

Graham, a frequent critic of Islam, also called out the hypocrisy of liberal feminists like Democratic presidential candidate Hillary Clinton who refuse to speak out against the abusive treatment of women in majority Muslim nations like Pakistan, Saudi Arabia, Iran and elsewhere.

“Where are the Gloria Steinems, the Bella Abzugs, or even the Hillary Clintons, that call themselves champions for women’s rights when it comes to the teachings of Islam?” Graham asked? “Why aren’t they screaming about the way Islam treats women?”

Other proposals made by the Council of Islamic Ideology would place other unfair societal bans on women.

Even without the proposed law, Pakistani women are often beaten and forced to submit to their husbands. Women are often subjected to honor killings, forced marriages, acid attacks, child marriages and sexual abuse.

According to the World Economic Forum’s Global Gender Gap 2014 report, Pakistan is the second lowest ranking country in the world for gender equality.

Additionally, Pakistan is ranked as the sixth worst country in the world for Christian persecution, according to Open Doors USA’s 2016 World Watch List.

As many as 700 Christian women each year are kidnapped, raped and forced into Islamic marriages, according a 2014 study by Movement for Solidarity and Peace in Pakistan.