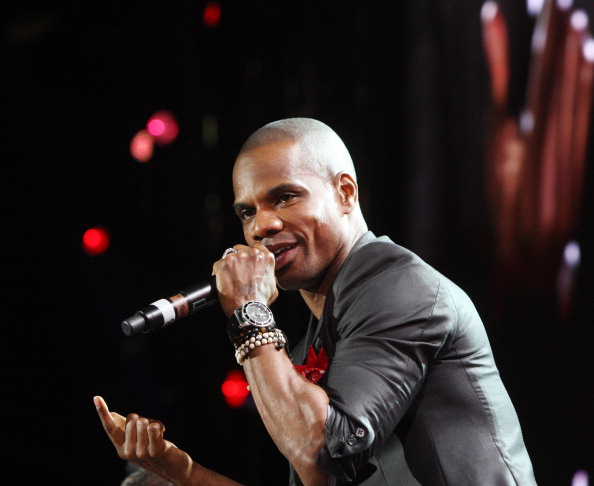 Kirk Franklin knew creating an album titled “Losing My Religion” might shock people, but he thought it was an important conversation to have in a society where church attendance is on the decline.

The 46-year-old minister of music told ABC News 13 in Houston, Texas, why he believes his decision to spark the controversial conversation concerning religion was needed.

“When you look at the decline of church attendance in America, or when you look at the decline of millennials that are not going to church in America, you want to have the conversation that a lot of times people are hit more with religion and rules and the systems than they are with the love of God and having a personal relationship with Christ,” Franklin said while on his “The 20 Years In One Night Tour.”

In promoting his 12th studio album Losing My Religion, Franklin was bold in his stance on the matter of religion.

“Religion, throughout the years, has become a very oppressive thing that doesn’t allow people to get to know the God it was created to try to lead them to. So basically, it’s just like marriage cannot guarantee intimacy, religion doesn’t guarantee relationship,” the recording artist, songwriter and producer said on the “Tom Joyner Morning Show” last year. “It doesn’t guarantee you’re going to have a loving, relationship with God. So God becomes this distant person that’s always pointing at my sins, always beating me up and you never know Him as a friend and as a father.”

Franklin took to Instagram to reveal the title of his first album in four years, while introducing the concept to fans through the snippet of his album’s introduction.

“In the beginning religion created a MASK … for generations church was where we went to go HIDE …. rules without relationship is empty INSIDE. … There’s room at the cross for everyone even ME … religion is a prison, but truth sets us FREE,” Franklin wrote last year. “The next time you THINK America, PLEASE include ME. … The preacher isn’t God, religion’s first MISTAKE … I’m losing my religion, THANK GOD … Helping YOU lose yours is my job.”

According to the songwriter and former choir director, people should not be relying on men to determine their personal relationship with God.

“We think we need man and these systems to make us right with God and it’s not that. It’s when we accept His gift, we’re right, right there and then, we’re right,” he said. “We’re getting rid of the systems and all the rules, and the processes, and it’s like, let’s fall in love with the Father and see Him as a father that loves us as flawed as we are.”

Still, Franklin is making it clear that he is still a Christian and spoke about what that means to him in an interview with The Christian Post last year.

“I would never say that claiming you’re a Christian is wrong. I understand that there is a human aspect of being able to identify people whether it’s African American, Hispanic or Asian,” he told CP. “But the definition doesn’t define the relationship, meaning you can be married and still not know intimacy. You can be religious and not know relationship.”

Nigeria does not belong to Christians, Muslims, APC, PDP… – BishopKukah...

Christians Not Responsible For Your Woes – CAN Secretary, Asake BlastsMURIC...