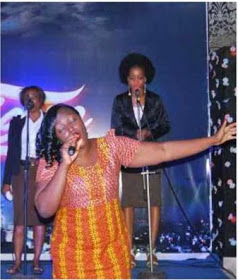 Popular Edo female gospel singer, Mrs. Yvonne Omoarebokhae who met a pastor, Pastor Psalm Okpe of Fresh Oil Ministry on Facebook has been confirmed dead by the Police in Benin City, Edo State. Mrs Yvonne Omoarebokhae, was found dead in a hotel in Benoni, GRA in Benin after she met with the pastor.According to her husband, Odion, his wife met Pastor Okpe on Facebook and after several months of chatting, the man of God invited his wife to perform at his programme which was to be held in Benin, Warri and Asaba. He confirmed that he knew about his wife chatting with the Pastor and the arrangements to meet at the said hotel: 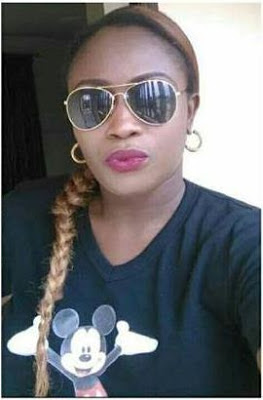 He said his wife left for Warri on Thursday to perform at the program, and on Friday morning at about 10 am, she called to let him know that she would be home soon.He said that at about 9:30p.m. on Friday, the police called him using his late wife’s phone and asked him to report at Airport Road police station in Benin.He said:“I did not hear from her again until at about 9:30 pm, when the police used my wife’s phone to call and invited me to report at the Airport Road police station, where I waited for more than two hours at the police station until the police asked me to go home, but I insisted on knowing the whereabouts of my wife. “The DPO later told me that my wife was picked at a hotel in the GRA and rushed to the Benin Central Hospital where she was confirmed dead. “I am yet to see the corpse of my wife to know want happen and who is responsible for her death. We have a son that will be three-year old by June 25,”The Edo State police commissioner, Chris Ezike, confirmed the death of the woman, adding that the pastor has been arrested and that the death is under investigation.He said:“The man is married and the woman is married. Not until a post mortem is conducted, we cannot conclude what happened. I have asked the matter to be transferred to the State CID.

MUSIC VIDEO : Donnie Mcclurking Singing Sinach Hit Song – “I KNOW WHO I AM”