BREAKING NEWS: Apostle Johnson Suleiman To Gov. El Rufai: I don’t giveDate Of Death ,You are dead Already ! Ask for your Burial Date 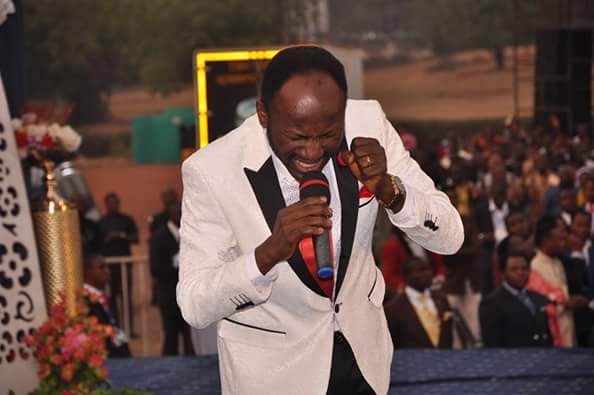 The President of the Omega Fire Ministries, Apostle Johnson Suleiman whom in a video that was circulated on social media warned the governor of Kaduna State, Nasir El Rufai : “Revoke your law or die!” has replied the Governor, after El Rufai asked him to tell him the date of his death.Recently, Governor El-Rufai sent a bill to the State House of Assembly to regulate religious preaching across the state. The bill titled: “A bill for a law to substitute the Kaduna State religious preaching law, 1984” which is aimed at banning the usage of loudspeaker for religious purposes “other than inside a Mosques or Church and the surrounding areas outside the stipulated prayer times.”The bill seeks to ban sales or playing of any cassette containing “religious recordings in which abusive language is used against any person or religious organization or religious leaders (past or present).”The bill, if pasted into law, will prohibit sales of religious books, usage of abusive and derogatory terms in describing any religion.The bill propose that any person found guilty of preaching without a valid license and other offenses under the law “shall be liable to two years in prison or pay a fine of N 200,000.” Although Apostle Suleiman did not oppose sanitizing the state in many areas but he was angry about the issue of “preaching by license.”Still on the issue of preaching by license, Apostle Johnson Suleiman replies el rufai and dare him to ask for the day of his burial and also said ” i am not fighting a personal fight,the governor of kaduna state is too small for me to fight because i am only fighting a spiritual fight” “If you go ahead with God You will die, Nigeria belongs to Jesus”.