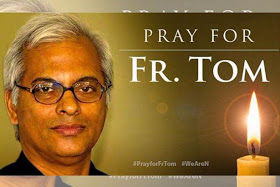 Sick ISIS terrorists have carried out their horrific threat to crucify a priest who was kidnapped by the jihadis earlier this month. Father Tom Uzhunnalil, a Salesian priest, was seized when four armed militants stormed an old people’s home in Aden in Yemen on March 4.

His execution by the Islamist sect, using the same method used by the Romans on Jesus and marked on Good Friday every year, was confirmed at the Easter Vigil Mass by Cardinal Christoph Schonborn. 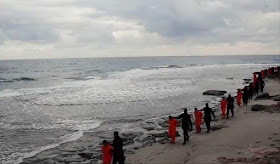 Father Uzhunnalil was a native of India and had been the object of both prayers and diplomatic efforts since the March 4 raid where 16 Christian nuns and nurses were killed. Bishop Paul Hinder, who heads the Catholic Church in Yemen, said the Missionaries home had been the object of numerous threats but they refused to leave. Pope Francis on Sunday honoured the slain nuns and reverend father as martyrs